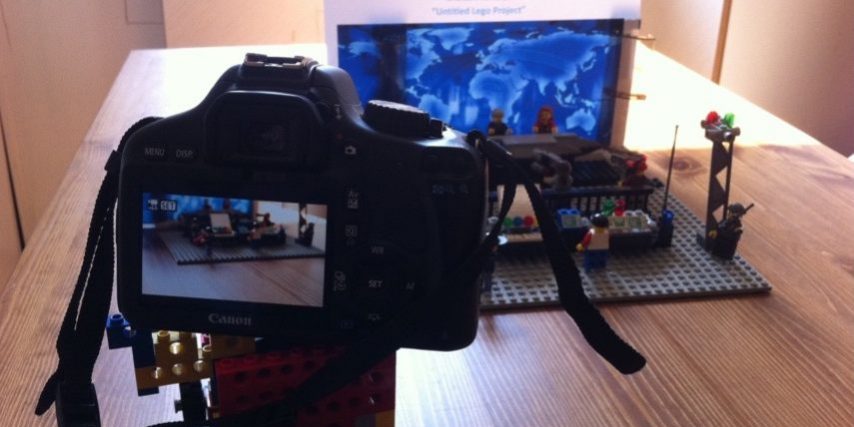 My thing, arguably, is that I have too many things — figuratively and literally — and could be accused of hoarding hobbies. I have collections of stamps; beer caps, and beer mats; concert tickets; records/tapes/CD’s (1,500+); DVD’s (a wall’s worth). I love Lego*, and have done for 50 years (all those sets…), and still accumulate Scalextric model car racing pieces. Oh, and football (soccer) cards. And coins. And books (of course!). I play guitar, am an obsessive jigsaw enthusiast (during Winter) and, in the last 4/5 years have discovered gardening, vegetable growing in particular. And then there’s the Fantasy Football (soccer: I have a spreadsheet). In summary, I do not advocate Stephen King’s advice to do (almost) nothing other than writing. Also, materialism is bad: it’s too late for me, but save yourselves.

(* pictured, the camera dolly I constructed to film the Lego short ‘Brickflash!’ that I helped my daughter make for a college project a few years ago.) 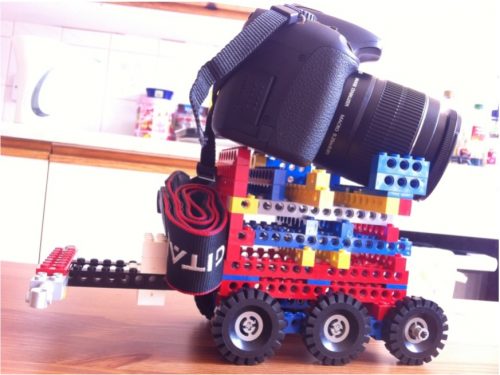 How important is music in your writing process?
August 3, 2021
Go to Top

After catching an art thief in rural Canada, Quirk takes a case locally, a simple action with consequences that could shatter the government of the North American Federation. Dark forces release genetic experiments from a northern research facility in a bid to keep the president in power. Quirk’s client is murdered and he is accused. Escaping to the north, Quirk, Moth and Eighty team up with a duo striving to contain environmental disaster. Pursued by the law, targeted by corporate assassins, Quirk must confront the past he thought he’d escaped.

They say, “Never work with androids or children.”

Quirk had one job to do, deliver papers to a Milan mafia boss, before leaving Earth for his home in the asteroids. But that was before being tailed, poisoned—oh, yes—and hijacked into raising foulmouthed fourteen-year-old convent girl Angelika Moratti, aka Moth, who'd rather see him asphyxiate in space.

Fleeing assassins, Quirk, Moth and her syRen® android S-0778 ride the space elevator to the Moon, where Quirk hires on to hunt an ex-terra-former who somehow used an android to murder his doctor. But which android of the two hundred under Lunaville’s dome? The trail of bodies grows, time is running out; the only way they can save the dome and the two thousand souls beneath it is to solve The Mandroid Murders.

Cassie’s lover has been ripped from her life. Can she survive long enough to expose a corrupt terraforming corporation, and exonerate Karla? Perhaps, with the aid of Quinton Kirby. But is Karla all that she seemed, will C Corp cut them down in their tracks or will the Isle of Skye swallow Cassie and Quirk whole?